I was in New York for July 4th week. My cousins and I had gone out to the beach for the weekend. When we got back to the city after the long weekend, one cousin dropped me off at the subway station in Queens, where I would take a quick subway ride back to the city (Manhattan). I jumped out of her car at about 10 pm and ran into the subway.

Just then, I realized I left my cell phone in her car. I ran out again but she had driven off. No problem I thought, I’ll just Uber over to her house, but how could I do that without my phone? And how could I even hale cab and go there since I don’t remember her address?

I realized, I didn’t remember anyone’s address or phone number. It was all in the phone! After I got back to my hotel I realized I had a pen she had given me. A pen my own company had printed for her. On the pen was her company’s logo and a couple of phone numbers – one being her cell number! Saved by the pen.

I called from the hotel and arranged to get my phone the next day.

So many people are using custom printed pens as business cards these days and I can see why. I don’t know if I would have saved her business card, but I had saved the pen and was using it in the hotel!

We sell all sorts of custom printed pens at our website here: thediscountprinter.com/pens-pencils

Check them out, they will come in hand for so many reasons!

What do you think? Cancel reply

Subscribe to Xpectmore.com by Email. We’ll email you every time we publish something new. 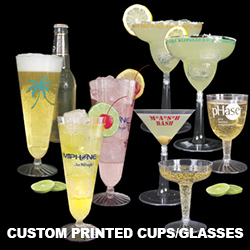