It is common knowledge that a glass of wine a day has many health
benefits. However, it was always assumed that was attributed to reds
only. But studies indicate that white wine has many of the same
properties.

It has been suggested that heart-healthy benefits come from the
compounds found in the skins, which is what gives reds their color.
These skins are separated out during the making of white wine. This
process is what lead most to researchers to believe that the reds were
the only ones with the heart-healthy benefits.

In the last ten years, however, research has indicated that the pulp of
the grapes have many of the same antioxidants as the skin. As the pulp
is obviously not separated out during the process. However, it is
important to note that while there have been improvements in heart
functions for white wine drinkers, it is not to the same degree as those
who enjoy reds. 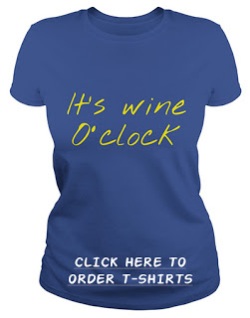 One of the byproducts of fermentation is the hangover, an effect caused by chemicals called congeners. Congeners are also responsible for thecolor, aroma, and taste in an alcoholic beverage. Darker beverages tend to have a higher concentration of these chemicals. White wines are
lighter in color and have a lower amount of congeners than red wines,which are deeper in hue. While you can still suffer from a hangover if you consume copious amounts, white wines are less severe than if you were to drink an entire bottle of a darker option.

Wines are full of sugar, especially sweet varieties. Despite the excess
sugar, studies conducted by the European Society of Cardiology show that
those who regularly consume a single glass or two each day have better
control of their glucose. For those who have well-controlled diabetes,
adding a glass a night can be part of a healthy diet.

Those who have problems sleeping might skip the medication and choose a
glass of white wine instead. The studies performed by the European
Society of Cardiology show that one or two glasses at the end of the
night might actually improve your sleep. This is because the alcohol
content is a depressant, slowing your system down and helping you to
relax. The important thing to remember is not to drink too much. This
will keep you from waking with a hangover.

When consumed in moderation, white wine has many of the same health
benefits as reds. There is no reason to think of this drink as your
“guilty pleasure” anymore, as long as you don’t over do it.

What do you think? Cancel reply

Subscribe to Xpectmore.com by Email. We’ll email you every time we publish something new.